Coaching vs. therapy. It’s a topic we see frequently at a)plan, as coaching newcomers often ask, “How is coaching different from therapy?” It’s a great question! There’s a reason lots of people ask it.

While there are some key similarities, coaching and therapy are fundamentally different. Recognizing the pattern of people asking this question, we wanted to write this post to articulate a)plan’s stance on the topic. First, note that since a)plan has its own unique coaching approach, our perspective on this topic will also be unique to an extent. For that reason, this post ultimately discusses a)plan coaching vs. therapy.

Coaching vs. Therapy: A Brief History

Since traditional therapy has a longer history, many people come to the coaching world with more familiarity and personal experience with therapy. Compared to coaching, therapy is more of a “legacy” resource that has been around for centuries. This difference in timelines of the two industries give us a first peek at why the “coaching vs. therapy” question is so common.

While the evolution of a practice like therapy technically dates back thousands of years, modern therapy as we know it today finds its roots in the late 1800s. It was around this time that psychologists like Wilhelm Wundt and Sigmund Freud opened the first psychological clinics, with the intention of assessing and treating people with mental distress. In other words – the first attempts at modern therapy. By the mid 1900s, the therapy industry had largely evolved with strides made in diagnosis standardization and a vast community of PhDs studying the space closely.

By comparison, the early origins of the coaching industry date back to around the 1970s. The Human Potential Movement of the early 70s, where some a)plan coaches like JoAnne Bangs got their start, represented the first major movement that championed personal transformation. From there, a more focused industry was born around coaching – a concept that blended human potential principles with goal-setting, accountability, self-reflection, and more.

The early days of the coaching industry hold a special place in the a)plan community. Our co-founder, Sara Ellis Conant, is the daughter of Dave Ellis, one of the founders of the modern-day coaching industry. Dave and his staff formally provided coaching starting in 1981 to educators and luminary clients including Nobel Prize winner Mohammed Yunus, authors Lynne Twist and Jack Canfield, an NBA coach, and hundreds of nonprofit leaders, social entrepreneurs, and philanthropists. Today, a)plan is proud to have Dave serving as an advisor and mentor for our coach training and methodology.

At the most fundamental level, both coaching and therapy share the overarching goal to improve the quality of people’s lives. To that end, both can be life changing. This is a simple call out, but one that should not be overlooked.

Coaching and therapy are both designed to be confidential spaces, to be used for whatever the client needs. While this may not be surprising to those already familiar with therapy, it is a key feature of coaching as well. At a)plan, we make it clear to new users that their coach is trained and obligated to keep all discussions confidential.

Finally, both resources in discussion are intended to provide a collaborative thinking space for users. While the approaches and conversations certainly take a different shape, both give users a thought partner (the therapist or the coach). Having a dedicated thought partner in your corner can be invaluable for any number of reasons – and you’ll find that in both coaching and therapy.

The differences between coaching and therapy ultimately are what will help someone make a choice on which resource makes sense for them. This is not a comprehensive list, but rather some key highlights worth calling out.

1. Past vs. Future Emphasis

Whereas therapy is traditionally focused on healing wounds of the patient’s past, coaching is much more focused on pursuing opportunities in the client’s future.

In most therapy engagements, the goal is to unpack the patient’s life leading up to a given point in time. It’s about finding explanations for why someone became who they are today – and often the endgame is to reach a diagnosable conclusion. Coaching, on the other hand, takes on a different perspective. At a)plan coaching specifically, we start with a fundamental belief that humans are full of potential, and they have the ability to tap into solutions for their lives.

With that said, a)plan coaches are trained to recognize mental illness patterns. We have multiple doctored therapists on staff, who can help our coaches determine if and when any clients should be referred to therapy – where clinical diagnoses can be made.

Building on the above point, therapy focuses on unpacking old, past-oriented problems, while coaching focuses on discovering new, future-oriented solutions. In coaching, we start with key questions like: “What do you want? What are your goals? What are your dreams?” In therapy, the starting point often sounds more like, “What is the problem you’re dealing with?”

Of course, in many coaching situations, the client must recognize the problems or challenges they face. Sometimes the only path to a solution is to address a challenge. The distinction here is that through coaching, challenges are addressed with a clear intention of translating said challenge into a future-looking goal or solution. Then, with the support of your coach, progress is made towards that goal each and every week.

At the core of the a)plan coaching approach is the notion that we’re all a unique collection of habits, and habits are never set in stone. From this perspective, coaching takes a different stance from therapy when it comes to fundamental personal issues. Whereas many therapists search for diagnosable problems in their patients, coaches search for habits – both good and bad – that play a role in their clients’ well-being or success.

In coaching, unlocking habits is largely a practice of moving from a negative to a positive bias. It’s about moving from helplessness and disappointment over what one doesn’t have, to optimism over what the future holds. A coach is trained to assist in this mindset shift, which in turn helps users more easily change old habits and adopt new ones.

Reading to give coaching a shot? Try our coach-matching tool to find your perfect coach in minutes.

When It Makes Sense to Choose Coaching

Perhaps the differences outlined above are enough to decide which resource makes sense for you. If not, we’ll close on some bigger picture thoughts on current events – things that might play a role in your decision.

Even at the tail end of the pandemic, we’re living through unprecedented times that are largely defined by disruption. We’re all being forced to reflect on our habits. From rethinking our desires for work-life balance, to decisions about our health, to returning (or not returning) to the office. These decisions can be stressful. They can be anxiety-inducing. They can create negative emotions. But those reactions don’t always mean something is wrong with you. In fact, those reactions are pretty natural.

Coaching is the space to acknowledge that there has been a massive disruption. It’s also the space to determine how to create future opportunity out of this moment. From life, to work, to relationships, and more, coaching is for those who believe they have it within them to create the future they really want. 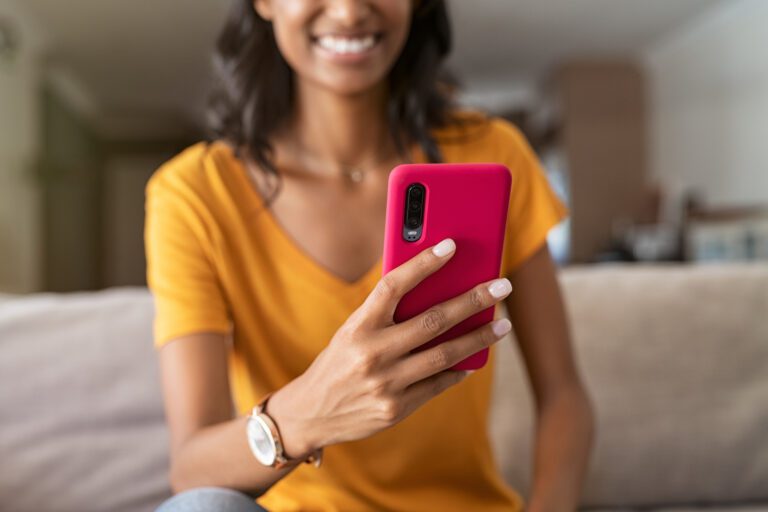 Match with a Coach

Start by finding the perfect coach with our coach-matching survey.